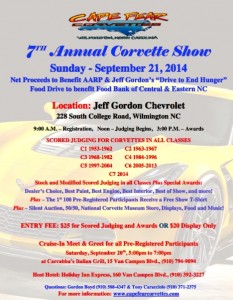 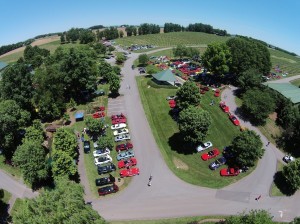 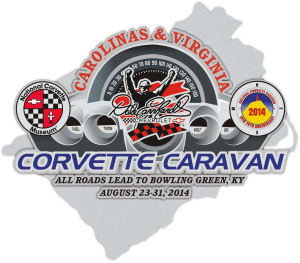 Posted on 20 April 2013
Attention Corvette Enthusiasts: Are you ready for another caravan? If you missed the 50th anniversary caravan in 2003, and the 15th anniversary caravan of the National Corvette Museum (NCM) in 2009, here is your chance to join other Corvette friends for the 20th Anniversary of the National Corvette Museum by participating in the 2014 Caravan. Mark your calendars for August 23 – 31, 2014. The festivities will begin in Concord NC, on August 23.

Return of the Stingray 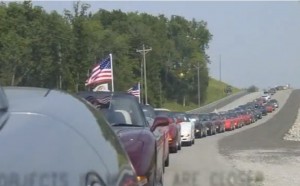 Posted on 14 January 2013
A YouTube video courtesy of our friends at Chevrolet: 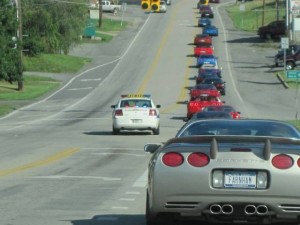 Posted on 14 January 2013
The C7 was unveiled last night in Detroit.
The following are some links to information from GM & the NCM.
2014 Chevrolet Corvette Site
National Corvette Museum
There’s not a little consternation over the design of the new version and here’s a posting from Corvette Forum.
C7 Unveiling Coverage 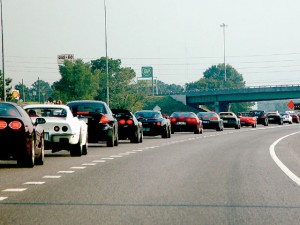 Posted on 15 November 2012
Here is the second in a series of videos showing off (not really) the new C7.
Courtesy of the Chevrolet YouTube Channel 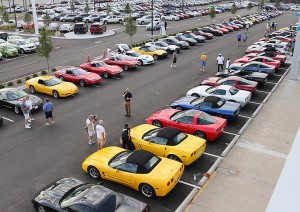 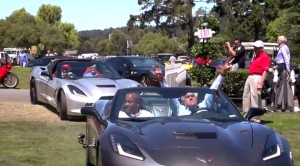 Posted on 19 March 2012
From our friends at Chevrolet…That’s the way to celebrate!!

You have to love a classic Corvette and here I found the best events and likeminded people than anywhere else.as member of RTP Corvettes we regularly go on Corvette caravans, each one with their polished gleaming pride and joy. There are no discrimination regardless of the model or make of your Car, as we all love this American Sports Car. Here everyone are geared towards enjoying fellow club member’s company while having fun and sharing advice on “fine-tuning” our special vehicles.

We are a group of people with a passion for cars, not just any car, but the beautiful Corvette. Old and new, battered or blue, not that I have ever seen a battered Corvette, there for we are too proud of our autos, connect here. Regular meetings and arranging the best outings and events touring together we all share our enthusiasm for this legendary car. Young and old, restored, unrestored, modified, collectors’ items and even first time Corvette owners connect in our circle. Everybody are always welcome here where we all share one passion, which is our cars, festivals, and events with people with or without a competitive streak. I love this club!

My weeks are hectic and I travel to work using a car pool and other times by train. As a Corvette lover and owner, I simply refuse to load five people in my beloved “weekend” car. I would take the station wagon to work and park in the street outside casino rulet, where I work as media correspondent. Since I joined this club, I have never had a weekend, except when snow is falling, that I did not have fun with fellow Corvette lovers.

Corvette Enjoyment in Any Weather

I love this club simply because it is an all-weather club; unlike the previous club I belonged to here, they believe that even when summer is over, the fun does not end. A never-ending event club that have the great attitude we love us Corvette owners, fall simply means lovely cool breezes and continued fun. A true Corvette man or women do not put away their car in cool weather; we simply don more jackets, hats, and scarves.

I used to drive Porsche until eight years ago and belonged to a Porsche club, thus, when I bought my first Corvette, my first thing was to look for a club. RTP Corvettes is even more than I expected, and even today after I have ended my day behind the desk of Bahis, which is stressful I assure you , I pop over to the club to the meeting which are scheduled. We are arranging regular events and even when we do not take our cars out on caravans or short drives, we still socialize. I have made great friends, and although we mostly talk “cars”, we even talk the occasional “shop”.